Scarce political satire which relates to the so-called “War of Jenkins’ Ear”, between England and Spain. Separate publication, image 253 x 376.

Captain Robert Jenkins, an English mariner, was returning from the West Indies in 1731, when his brig was intercepted by a Spanish garda-costa and boarded.  In the ensuing events, Jenkins claimed that the Spanish commander cut off his ear.  This incident was subsequently whipped up by the English press and, in 1739, the two countries went to war.  In this engraving, Jenkins himself can be seen in the middle distance, holding his severed ear in one hand, and the offending sword in the other.

The “War of Jenkins’ Ear” was to become one strand of a Europe-wide conflict, the War of the Austrian Succession (1740-1748). While many themes are encapsulated in the engraving, the principal element is the struggle for superiority of various European powers, as they race for the “finish-line” at the right-hand side, where the four continents (America and Africa on the left, and Europe and Asia on the right) are seated in the raised umpire’s stand.

The figure falling on the very finish line is the French Cardinal Fleury, thwarted by the lies of the Devil.  Behind him, the British lion, with its foot on the globe, causes Spain to lose his seat on his fox.  On the lion’s tail is written “No Search” and “Free Trade”, references to the Jenkins’ incident.  Russia’s mount, the bear, kicks Turkey’s elephant, while in the foreground, Hungary, astride the eagle, discards the shield of France for that of England, in pursuit of the Elector of Bavaria.   The final contestant is Holland, who has sacrificed the race, content with his trade goods.

In the foreground, at right, “Britannia” studies a map of Cuba, while rejecting mediation from the French ambassador to her right, as does the British lion above, trampling on France’s shield, while preparing to fire a cannon.

In the background, can be seen the British fleet, penning the Spanish fleet inside Cadiz Harbour (top left), and threatening Cuba.  It was widely believed in Britain that the Spanish possessions in the West Indies would prove easy pickings.  Early success, with Vernon’s capture of Porto Bello was encouraging, but the British attack on Cartagena miscarried, and put an end to this notion, and ultimately, the British made no headway against the Spanish in the West Indies. 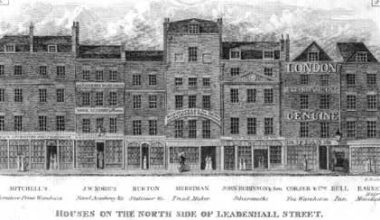 Welcome to the first issue of MapForum.Com This is  a new magazine intended to promote interest in & study… 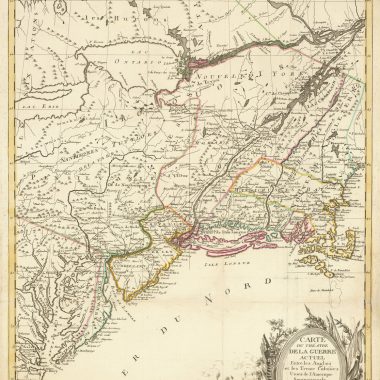 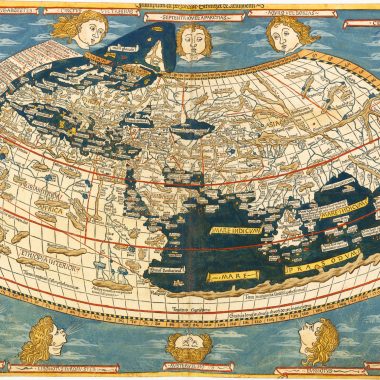 The first printed atlases were editions of the text of Claudius Ptolemy, an Alexandrian geographer working circa 150…
The Beginner’s Guide will be a series of general articles intended to introduce the world of antique maps.… 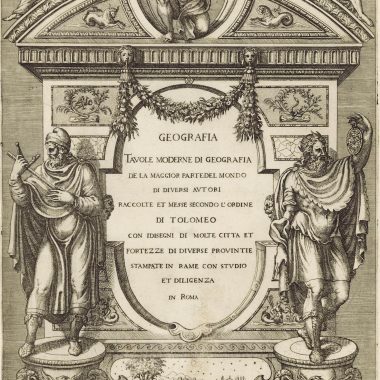 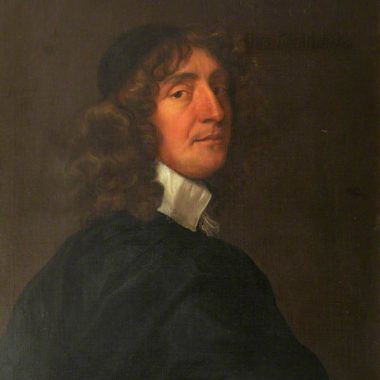 Antique maps have always been a popular collectable, combining the appeal and appearance of antiquity, while still being…