What Is An Antique Map?

The term ‘Antique’ has become much abused in recent years, as interest amongst the modern generations has risen in collecting all manner of items made for their ancestors.  In its most specific sense, ‘antique’ means an item that is more than a hundred years old.

To a generalist map-dealer, the majority of their stock will be items printed between about 1482 and about 1850 or 1860.  However there were a number of regions that were only mapped in detail after this time (for example central Africa, Australia & New Zealand, and much of western North America),  so this is a guideline viewed with great flexibility, dependent above all on the specialities and expertise of the individual dealer.

How Were Maps Sold?

On a very simplistic level, maps were sold in one of two forms: bound in an atlas or book, or as a separate sheet. The majority of antique maps that a collector is likely to encounter would have come from books, having survived because of the binding: not only did the cover provide protection from damage, but the aesthetic attraction that meant that previous owners retained them as library pieces, rather than discarding them when they became out of date.

By the same token, separately published maps have a very much lower survival rate: they lacked the same protection, and because they were often acquired for utilitarian purposes.  The effect of handling, with the attendant risk of damage, coupled with the requirement of being up-to-date, meant that many such had only a limited life expectancy, before being superseded and discarded.

In the earliest period, such maps were issued in sheets, and in the case of maps on multiple sheets (wall-maps), they could be coloured, varnished, pasted onto canvas, attached to wooden rollers, and suspended on the wall for use or display.  The principal risks here were from sunlight, and the ageing of the vamish.

Latterly, a parallel practice of dissecting the map, and mounting it on linen, inside a slipcase became more fashionable, presumably for ease of storage and use, In the nineteenth century, publishers started to issue single-sheet maps in protective covers, from which they would fold out.  While, a relatively safe way of storing the map, repeated folding and unfolding causes tension along the folds, and at the joins of folds (and equally to canvas backing), which soon give way, as the user of any modern folding map knows.

Unfortunately, many of the most important maps made were issued as separates.  In some cases, they are known only from brief mentions in associated cartographic, literature, in others (and the number is very large) in a single example. For example, the first printed map to show any part of the Americas, drawn by Giovanni Contarini in 1506, survives in only one, damaged, example in the British Library in London. The first two wall-maps of the World, by Martin Waldseemuller., published in 1507 and 1516, also survive each in one example, fortunately bound by a contemporary owner.  Of the 1507 map, records show that one thousand examples were published.  Gerard Mercator’s wall-map of the World, published in 1569, the first map on the projection that bears his name and thus one of the most important maps in history, today is recorded in only three complete examples.

What Should I Collect?

As a first piece of advice, the novice collector should actually collect something that he likes.  Map collecting can turn into a time-consuming passion, and before too long all the available wall-space can get filled with the pearls of the collection, so the collector needs to have considerable empathy with his maps. Afterwards the pleasure of owning them is enhanced as he finds out more and more about the people who made the maps: the draughtsman, engraver, publisher and so on.

Most collectors focus on two types of collection, which might neatly be described as ‘vertical’ and ‘horizontal’.  Vertical collections are generally focused on a particular region, and then follow that region through history, charting the development of the region. The check-list of maps of the United States, found in Issue 1, is an off-shoot of one such collection.

Horizontal collections tend to focus on a particular period, a particular type of map, on the work of one particular cartographer.  For example, one might choose to collect examples of the county maps by John Speed (described in this issue) or the road-maps of John Ogilby (whose career was described in Issue 1).

How Do I Begin?

There is an enormous amount to learn about old maps, and there are several very good books written as introductory guides to old maps.  As a biographical aside, as a boy, 1 started by reading my father’s book.  Having said that, I think reading the books is no substitute for practical experience. 1 sold my first map when 1 was 11, and spent my Saturdays and school holidays from then on working in the family gallery, Obviously, not everyone has that sort of opportunity, but that is how 1 learned,

The best way to start is simply to visit map shops, see the wide range of material available, handle the maps, and talk to the dealers, The majority of dealers advertising in this magazine have shops, and will welcome the new collector. There are also a number of dedicated map-fairs, or antiquarian book fairs where map-dealers are represented, but as these tend to be of short duration and relatively frenetic, they are best avoided at first.

As a second alternative, with the rapid development of the Internet, many dealers, from the largest to the smallest, are introducing their own web sites, which people can access, and see the range of material available, with illustrations.  All the dealer advertisements in this magazine have hyperlinks to web sites (where applicable).  Many of the dealers also issue general catalogues, and will send them out to new collectors.

Pricing is based on a number of factors, the most important being the area shown.  Generally, in any series of maps the World map and the map of America/North America will be the most valuable, while maps of some European countries, or parts of Africa and Asia can be much less highly priced.  Essentially, World maps are often the most decorative map in an atlas, and the type of map that everyone would like to own, so the demand is very high.  Similarly, the United States is the strongest regional market, so demand for material relating to the Americas is also very high.  Some parts of Europe, however, do not have a strong domestic market, and so demand is much less.

Other factors than can influence the price are the rarity, age, the historical importance of the map, the decorative value (i.e. cartouches, vignettes and sea-monsters), the coloring, and overall condition of the map and the paper it is printed on.

The final factor is the dealer’s individual evaluation of the map, and two dealers can look at the same map, and come up with completely different numbers.  Neither price is right, and neither wrong.  It is simply a matter of opinion.

A final piece of advice is about haggling: all too often the newspapers and television programs give the impression that haggling is an accepted part of dealing with the antique trade. Most dealers will give a discount of the marked price, which is now part and parcel of trade now.  However, haggling below this level is generally ill-advised: it may work, and save the buyer some money in the short-term, but in the long-term, it is likely to backfire.  Every dealer has his favorite collectors and will offer choice items to them first: hagglers will find themselves further down the list and so will be offered material refused by everybody else. They will see the items that are “not quite right”, and end up with a second-rate collection. 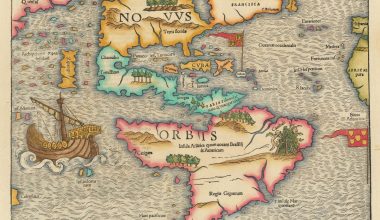 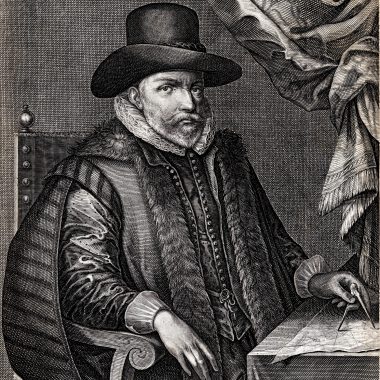 John Speed is almost certainly the most famous of all English map-makers. He was the author of the…
Welcome to the second issue of MapForum.com. We have had a very positive response to the first issue, and…
The following check-list comprises printed charts of the New England region, or general charts of the eastern seaboard…