Thomas Jefferys was one of the leading English map-makers of his day, active in London from 1732 until his death in 1771.  In 1748 he was appointed Geographer to Prince of Wales, and later became Geographer to the King, when the Prince ascended the throne.

Such was Jefferys’ status that he acted almost as official publisher for the British Government, issuing a large number of maps, books and atlases based on official survey work, particularly relating to the British colonies in the Americas and India, as well as accounts of the French and Spanish possessions in the Americas.

Jefferys’ particular speciality was publishing large-scale surveys, most notably of Britain’s colonies abroad. With the end of the Seven Years’ War (1756-1763), it would seem that interest in such maps declined, and he turned his attention to publishing large-scale maps of individual English counties.  However, Jefferys seems to have under-estimated the heavy costs involved and in 1766 he was declared bankrupt.

While he was able to continue in trade, with the financial support of Robert Sayer, Jefferys’ business never really recovered from the bankruptcy, and it was left to his successors, Sayer and William Faden, in particular, to profit from the materials that he so carefully assembled, when the outbreak of the American Revolutionary War renewed public demand.

This trade card was probably prepared in 1750, when Jefferys moved his shop from Clerkenwell to larger premises at No. 5 Charing Cross, in the Strand.

Ward and Chandler are two little known English publishers, who flourished from circa 1735 to 1744.  Their name is found in the imprint of Thomas Gent’s ‘Annales Regioduni Hullini: Or, The History Of The Royal And Beautiful Town Of Kingston-Upon-Hull …’ (illustrated with a plan of the town), published in 1735, where they described themselves as “Booksellers In Scarborough, And At Their Shop In Fleet Street, London”

Their principal foray into map-publishing was when they acquired the residual stock of Thomas Cox’s ‘Magna Britannia’, which they then re-issued, in 1738, having a new title-page, and some sections of text reprinted.  Examples can be found either with the new title-page, or with their address on a paste-on label, over the earlier imprint.

The imprint address was ‘…London, Printed For And Sold By Cæsar Ward And Richard Chandler, Booksellers, At The Ship without Temple Bar, And At Their Shops In Coney Street, York, And At Scarborough Spaw. MDCCXXXVIII.’

Unfortunately, business did not go well for the partners, and Chandler committed suicide in 1744. The following year, after unsuccessfully trying to sell off the stock of the ‘Magna Britannia’, Ward went bankrupt, and his stock auctioned at a trade sale on February 27th 1746.

Apart from this advertising card, two catalogues have been seen in the second edition of John Atkins ‘A Voyage To Guinea, Brasil, And The West-Indies …’, a six-page listing with the earlier address, and a single page with the second form of address, which includes the shop in York. 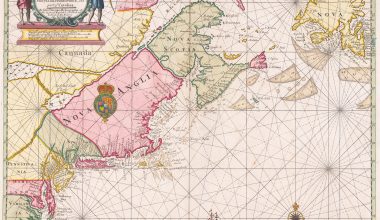 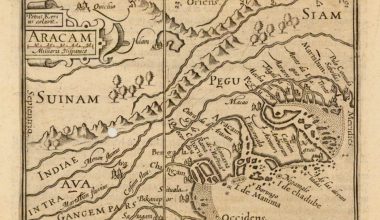 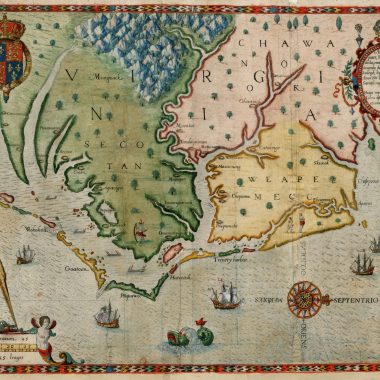 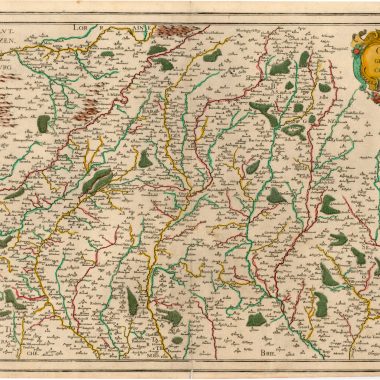 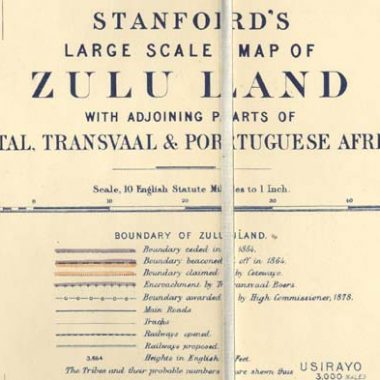 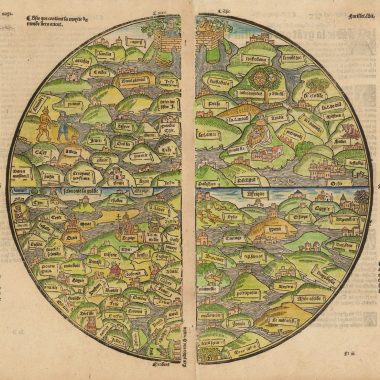 The most famous of all cartographic curiosities is the ‘Leo Belgicus’, in which the Seventeen Provinces of the…