The first European to see the Cape Fear peninsula was Giovanni da Verrazzano in 1524. Verrazzano was a Florentine mariner in the service of Francis I, King of France, who was sent locate a sea-route to the Far East through, or round, North America, which would be shorter than the existing routes discovered by the Spanish and Portuguese.

While the location of his first landfall is not known, Verrazzano’s own account refers to him making his landfall at 34 degrees North.  Wroth suggests that this landfall was just south of Cape Fear, in the area of modern day Myrtle Beach.  Once he had reached land, Verrazzano coasted south for fifty leagues (about thirty miles).  However, he was anxious not to encounter the Spanish to the south, and so turned back, and cruised northward past Cape Fear, and on up the coast to Cape Breton and Newfoundland.

In 1526, the Spanish claimed Cape Fear, and placed a settlement there, peopled by slaves from Hispaniola.  However, the settlement proved unsuccessful, and only about 150 of the original settlers were to return to Hispaniola.

The first English exploration of the Cape Fear region was carried out by William Hilton, in 1662, on behalf of the New England Company.  In the expedition, he sailed down the coast from Boston, entered the Cape Fear River, and went upstream about as far as modern Wilmington.  The principal purpose of the voyage was to establish whether the Carolinas were suitable for settlement, and a surviving manuscript account of the expedition, signed by Hilton and the rest of the ship’s crew, gives a detailed account of the region, the animals and plants seen, and notes on the potential for agriculture.  A later, corrupted, version of this manuscript is in the Royal Society, London (2)

While this account, presumably written by Hilton himself, as ship’s master, is without a map, a chart of the voyage was drawn by Nicholas Shapley, in November 1662 (3).  However, the New England Company’s plans were brought to an end when Charles II granted eight of his court circle the Proprietorship of  the Province of Carolina, on March 20th 1663.  Hilton’s services were taken up by the proprietors and in 1663 he made a second expedition to the Carolinas, with a group of settlers from Barbados.  Once again, settlement proved hazardous, and the colony, Charles Town, was abandoned in 1667.

Hilton described this second expedition in a printed account, A RELATION OF A Discouery lately made on the Coast of FLORIDA, (J.C. For Simon Miller, London, 1664), also without a map.  However, a promotional tract, A Brief DESCRIPTION OF The Province OF CAROLINA On the COASTS of FLOREDA, published by Robert Horne in 1666, contains a map of the Carolina Colony, deriving from Shapley’s map of the first expedition, and Hilton’s account of the second, but with additional information, for example soundings, suggesting an intermediate source.

This very important map is the first printed map devoted to the Carolinas, and the first to name Cape Fear by its modern name.  Previous maps had applied this name (in different forms) to what is now Cape Lookout, at the southern extremity of the Cape Hatteras Banks.

One problem encountered by the settlers was the hostility of the native peoples of the area.  When a new settlement was proposed by Landgrave Thomas Smith, who had been granted title to the region in 1713, this threat was resolved by the brutal expedient of forcibly removing the natives.  The new settlement seems to have prospered.  In 1733, Wilmington was established, which developed into an important sea-port, and conduit for trade.

One of the features of Cape Fear was the numerous off-shore shoals that made navigation in the area rather hazardous.  As a consequence, in the course of the eighteenth century a number of charts and maps devoted to the peninsula were published, making it among the most intensively mapped coastal features of the colonial period.

There follows discussion of a selection of charts that show the Carolina coast, from the 1640’s to 1800.

The earliest printed chart of the region was published by Robert Dudley in Florence in 1646-1648, largely, but not entirely based on Spanish source materials, many of which Dudley had examined in the first decade of the seventeenth century.

From the 1680s come two charts, the earlier published by Johannes van Keulen in Amsterdam in 1684, the second by John Thornton and William Fisher, in London, in 1689.  The van Keulen chart was retrogressive, relying on outdated Spanish material. Thornton and Fisher’s The English Pilot. The Fourth Book was the first English coasting pilot devoted to North American and West Indies’ waters.  Their chart of the Carolinas incorporates contemporary printed and manuscript material, and represents a considerable advance on earlier charts.  The example illustrated is from the rare First Edition, of 1689.  The plate, without cartographic change, was reprinted into the 1750s, long after the information had been superceded.

The eighteenth century was, in many ways, a low point for the English maritime cartography of North America.  While a number of important surveys did appear – such as Wimble’s chart of North Carolina (1738), in the main the market was dominated by publishers, most notably the firm of Mount and Page, who recycled out-dated printing plates in their sea-atlases and pilots.

The onset of the Revolutionary War, with a much greater naval role than was seen in the French and Indian War, encouraged publication of two English sea-atlases, Robert Sayer and John Bennett’s The North American Pilot (1776) and Joseph Frederick Wallet des Barres American Neptune (1777-1781).  The latter, which was the more innovative, had to be curtailed because of the risk of surveying in wartime conditions.   Consequently, and unfortunately, the southern colonies did not receive  the detailed coverage found for maritime Canada and New England.

In the 1790s, three American publishers produced surveys of the Carolinas coast.  The first by Mathew Clark form two sections of a series of charts of the eastern seaboard of the United States, A COMPLETE SET OF CHARTS OF THE COAST OF AMERICA FROM CAPE BRETON TO THE ENTRANCE OF THE GULPH OF MEXICO published in 1790.  The second was published by John Norman, apparently printed from a plate first issued by Daniel Dunbibin in 1761, although no example of the first printing was know to Wheat and Brun (4).

The third, recorded by Wheat and Brun in only three examples (5), was published by the North Carolina surveyors, Jonathan Price and John Strother.  The partners also published a separate chart of Cape Fear, circa 1800, and a map of the State of North Carolina, issued in 1808.  Although containing a certain amount of hydrographical information, it could be said to show that the surveyors were not gifted chart-makers.

As a contrast to the earlier depictions of Cape Fear, also illustrated are two charts from the Civil War period, when Wilmington was an important centre for blockade runners.  The first a woodblock, hence the relative crudeness of execution, is from the Illustrated London News, of February 18th 1865, depicts the defences around the river mouth, recently surrendered to the Union Army.  The last is a United States Coastal Service chart, published in 1866, one of a number of very detailed charts issued by the U.S.C.S. based on hydrographical surveys by T.A. Jenkins, J.N. Bradford and J.S Bradford.

The accompanying illustrations from this introduction, and the checklist are reproduced from a private North Carolina collection, devoted to the history and mapping of Cape Fear. 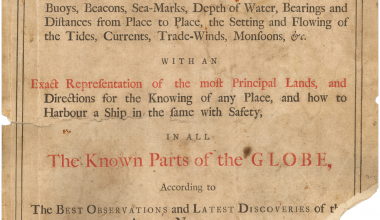 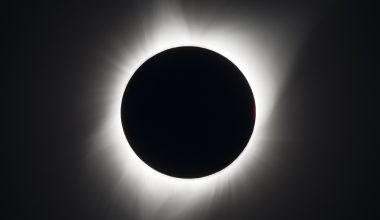 The 1522 Strasbourg Edition of Ptolemy’s Geographia This reduced version follows the arrangement of Waldseemuller’s edition, with the… 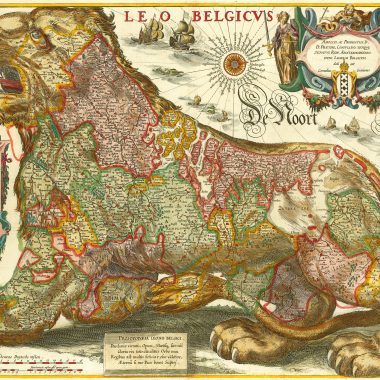 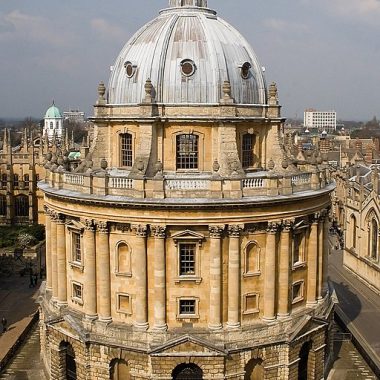 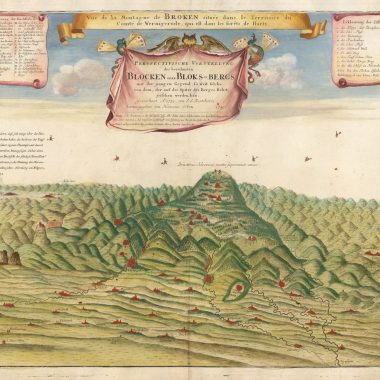 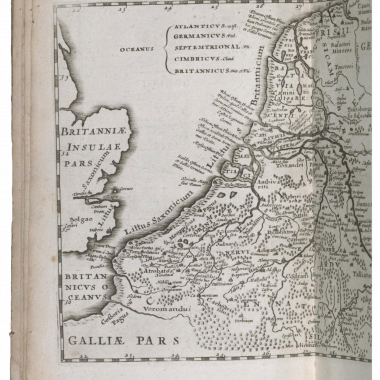