The ‘Lafreri School’ of mapmakers is the umbrella term frequently applied – for want of a more accurate term – to the loose group of Italian cartographers, mapmakers, engravers and publishers working in Venice and Rome from about 1540 to about 1580 (with some of their printing plates being used well into the seventeenth century).

Giacomo Gastaldi, one of the greatest cartographers of the sixteenth century, was the leading figure of this school. Many of the maps published by the school were compiled by Gastaldi and issued under the imprint of the various publishers of the period, with or without due credit.

Another very prominent figure of the period was Paolo Forlani, from Verona, who based himself in Venice.  Forlani is unusual within the school because he was one of the few to combine the talent of mapmaking and engraving, while also infrequently acting as a publisher and mapseller.  He was much sought after as an engraver and mapmaker, particularly as he was adept at the difficult art of engraving lettering. Consequently, he was employed by four of the leading publishers of the period to prepare maps for them – Giovanni Francesco Camocio, Ferrando Bertelli and Bolgnini Zaltieri from Venice, and Claudio Duchetti from Rome.

However, there is precious little documentary evidence for Forlani’s activities. For example, only one of his maps was the subject of an application for a privilege. As a result, most of what is known about him has been reconstructed from the maps with which he was associated, although he did not sign all the maps he engraved.

While writers from earlier this century credited maps to Forlani based on particular characteristics, the first serious work on Forlani’s style that I know of was published by H.A.M. Heijden as part of his study of an anonymous Italian map of the Netherlands (1).

Three years later, the study of Forlani career was greatly advanced with the publication of David Woodward’s listing of Forlani’s maps and prints (2).  Woodward listed 144 items (97 separate pieces, with their later states listed separately) of which no less than eighty items do not bear Forlani’s name, but could be attributed to him solely on stylistic grounds.

A second problem, highlighted by Woodward, was that of actual ownership of the printing plates involved.  In many cases, the plates bear an unequivocal publisher’s statement, but there are many that do not. In other cases, plates exist with and without imprint, or with successive publisher’s imprints substituted.

From 1560 to 1564, Forlani seems to have worked mostly for Camocio, but by about 1562 Forlani was also working for Ferrando Bertelli, doing increasing amounts of work for him.  In the period 1565 and 1566, Forlani also engraved a number of items for Zaltieri. In 1570 and 1571, Forlani was engraving maps for Claudio Duchetti, although these latter are almost all unsigned.

Forlani opened a shop in the Merzaria district of Venice in 1566; in an application to the City Council, dated 7th June 1566, Forlani applied for permission to put up a shop sign “al segno della colonna” (at the sign of the column).

While this division might seem straightforward, a significant number of maps engraved by Forlani are found without publisher’s imprint and then in a later state, with imprint.  One famous example is the Zaltieri of North America.  The early states, as in the case of the North America, have been previously construed as proof printings. These are not, however, proofs in the sense of the plate being only partially complete, as the engraving is complete, but for the absence of an imprint.  Also, it is often clear that the titles were engraved without making allowance of space for the insertion of an imprint.  On the North America, for example, Zaltieri’s imprint is squeezed awkwardly in the blank area in the title cartouche.

Is this simply a lack of forethought on Forlani’s part?  It is certain that the first states are rarer than the second states, so they clearly had a limited circulation. That they are proofs is a possibility, but the fact that the maps are complete but for the imprint is very unusual in terms of publishing practices of other European publishers. Various alternatives present themselves:

Firstly, that Forlani prepared the maps on his own account, and when they were completed he sold the plates to a publisher, at which point the imprint required would be inserted, and Woodward does talk about the possibility of Forlani “leasing” plates to different publishers.  Against that, It would seem unlikely that an engraver would take that kind of commercial risk.  The standard practice of the publisher commissioning the engraving makes far more sense.

Secondly, that Forlani prepared the maps to sell from his shop, but that his business was largely unsuccessful, and that he was frequently compelled to sell plates to other publishers.  Perhaps, his shop was simply not sufficiently well-established.

Thirdly, and very much more speculative is that perhaps part of the arrangement between publisher, with financial advantages for both, was that the engraver could take a few preliminary examples to sell for his own profit.  This sort of agreement is – as far as I know – unparalleled in European publishing circles, and implausible, for a number of reasons.  It would seem unlikely that a publisher would allow the earliest, and therefore best, impressions to fall to another mapseller, or would risk damaging his own sales, and investment, in such a way.

Forlani’s engraving style has been touched on; it is difficult to provide hard-and-fast rules, but Forlani used a very characteristic lower case “g”, in which the tail of the “g” came right back up to the main barrel of the letter, and this remained fairly constant across his career, although his style did alter. Forlani also liked to include elaborately engraved wind-roses in his maps.

Another feature of Forlani’s maps is the very lengthy, and very servile, dedications to particular individuals, often from Verona, Forlani’s home-town. As an example, the dedication on Forlani’s map of the territory of Verona, which includes the imprint, is over 400 hundred words, while the dedication on his map of the World of circa 1563 has a mere 318 words.  While dedications can be found on other Italian maps of the period – Gastaldi sometimes dedicated his maps – Forlani really stands out from his contemporaries in this respect.

One possible implication is that Forlani was relatively poor, something touched upon above, and that he needed financial support from his patrons to finance his own publications.  Richard Blome, in London in the 1670’s, is another example of a publisher “selling” dedications.

The last stages of Forlani’s career are somewhat uncertain; he was clearly active up to and including 1571. The years 1568, 1570 and 1571 seem to have been particularly prolific years for him.  Then there is a break of three years in which no new dated material is known, while three maps survive dated 1574, published by Simon Pinargenti.

All three have re-engraving evident in the titles, and it is plausible that the plates were prepared by Forlani in 1570 (the Americas, for example) or 1571, and then re-issued by Pinargenti.

Unfortunately, such conclusions must be speculative as Forlani’s individual maps from this period are among his rarest, so it is impossible to tell how many others are now lost, particularly for the period 1572 to 1574.

In the accompanying list of the maps that Forlani worked on – extracted from a larger listing of maps by members of the school – David Woodward’s ascriptions of unsigned plates have been accepted, while only a very small number of additional unsigned maps have been added.  Since Woodward’s work a number of new states of Forlani’s maps have been identified, particularly in Robert Karrow Jr.’s “Maps and Mapmakers of the Sixteenth Century”, and references both these books are given, as well as to R.V. Tooley’s listing of Lafreri maps, now over sixty years old, but still the only broad study on these maps.  A number of maps, or states thereof, have been included although the current author has not personally examined them, with the relevant authority noted, and other states referred to where this author is not confident of the sequencing or relationship.

Forlani also engraved a number of smaller maps that were used to illustrate books or isolarios of the period, and these have been omitted from this listing.

(2) David Woodward, The Maps and Prints of Paulo Forlani A Descriptive Bibliography, The Herman Dunlap Smith Center for the History of Cartography Occasional Pulication No. 4, Chicago: The Newberry Library, 1990.

Karrow, Robert, Jr. Mapmakers of the Sixteenth Century And Their Maps Bio-Bibliographies of the Cartographers of Abraham Ortelius, 1570. Chicago: Speculum Orbis Press, 1993 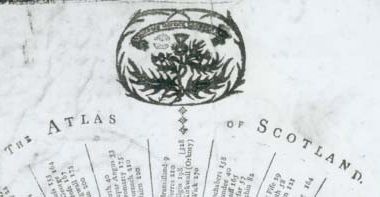 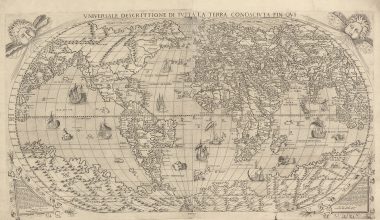 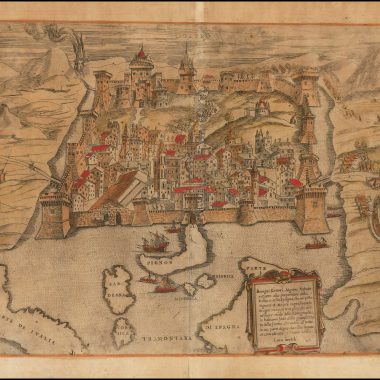 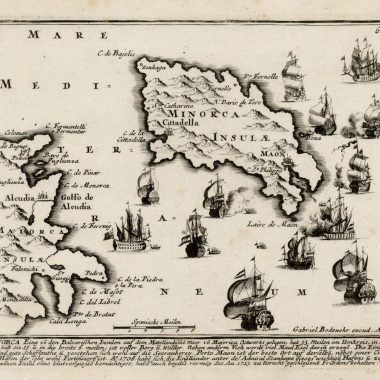 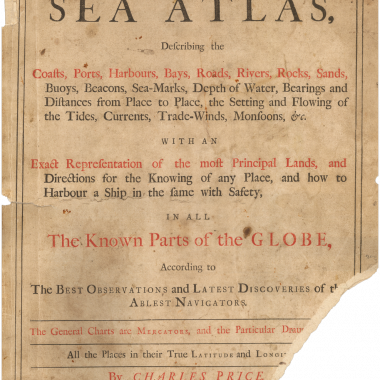 John Seller Sr. (d.1697) is one of the most important figures in the early history of the map… 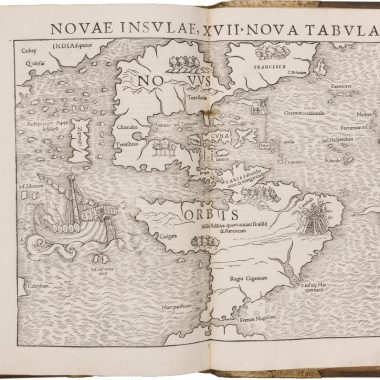 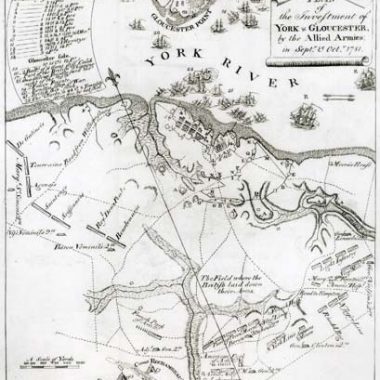 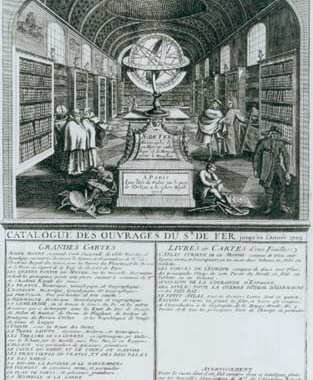